No products available
All Desserts

Our most popular choices

No products available
All Desserts

We leave the city behind and explore another beloved cuisine of Louisiana in our Cajun Cooking Class.

The Creole Cooking Class explores the iconic dishes of New Orleans from Jambalaya to Bananas Foster. 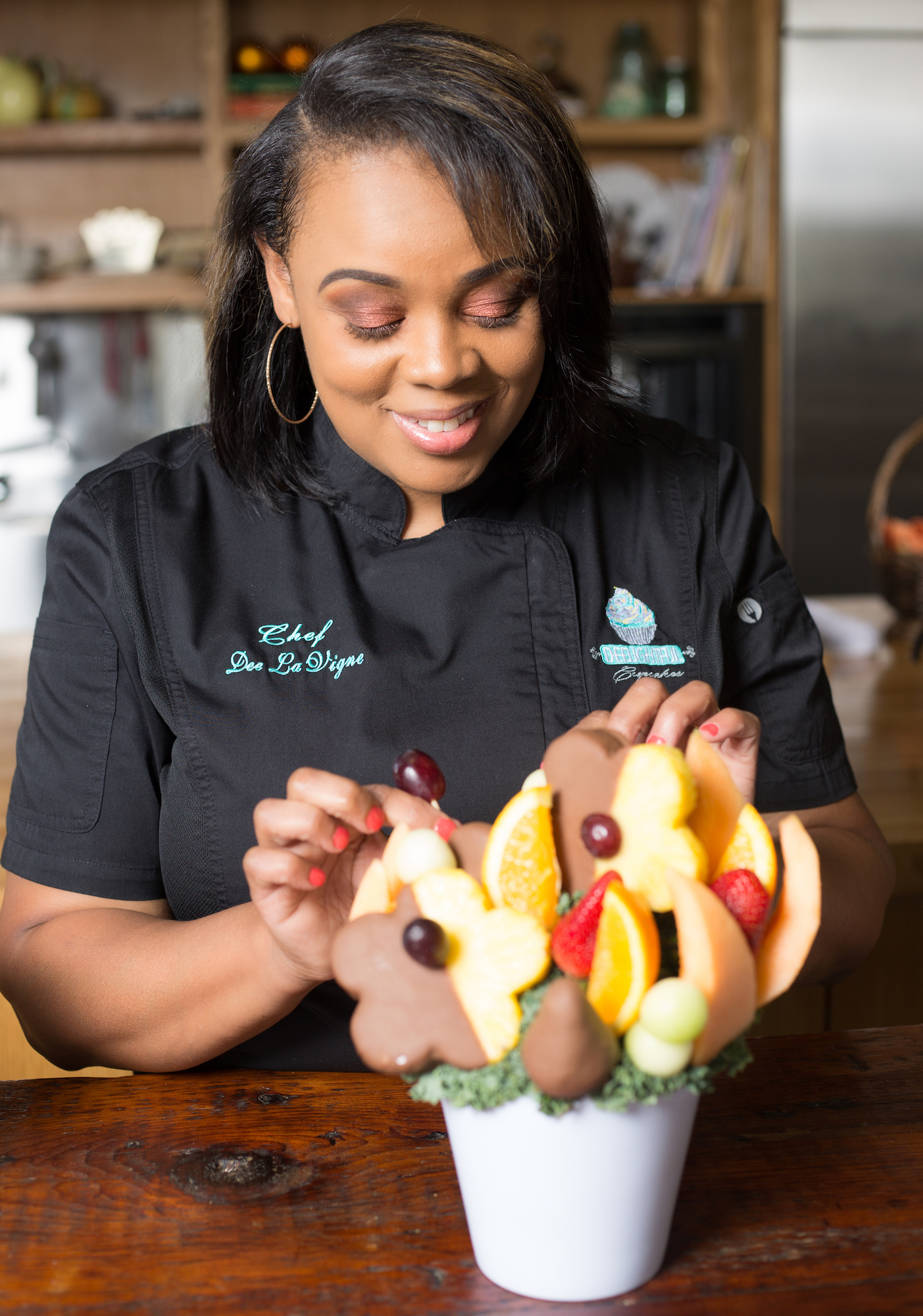 Chef Dee Lavigne is a New Orleans native born and raised in the 9th ward. She started baking and cooking at the age of 7. Being the middle sibling of 8, her mom would only allow her to use ingredients plentiful in the family kitchen, i.e., Flour, Sugar, Eggs, and Milk. With those items, her pastry bones were born. It wasn’t until she had taken a home economics class that she knew she was supposed to dedicate her life to food. In January of 2003, Chef Dee Lavigne Graduated from The Culinary Institute of America. After graduation, she chose a career in the retail food industry. Chef Dee worked at Whole Foods Markets for 15 years in the bakery department. During the course of her career, she and her husband expanded their family with two wonder boys Reynell Jr now 16, and Russell now 6.

In 2014 Russell was born, and she felt an overwhelming feeling to be home with her newborn and spend more time with Reynell (16), who was diagnosed with autism at age 2. After baking items for family, friends, and church members, she decided to start her own business, Deelightful Cupcakes, in July of 2016. Her business is steadily growing, and new and exciting things are happening all the time.
‍

In 2017 and 2018, Chef Dee Lavigne won the Big Top Carnival Baking Competition that was mentioned in BAKE Magazine.

In Early 2018 she was accepted into the New Orleans Jazz and Heritage Catapult Fund and graduated from the program in the fall of 2018.

In 2019 she became a member of the New Orleans regional black chamber of commerce.

She has been featured on local News Channels Fox-8, WWL-TV 4, and WUPL-54 for her incredible Cupcakes, cookies, and cooking talent.

Chef Dee hosts a monthly Baking Demonstration in the Culinary Innovation Kitchen at the Southern Food and Beverage Museum.
She was a Brand Ambassador for Corteva, a ConAgra company, at the 2019 International Food & Technology Expo.

Chef Dee has worked on volunteer projects including From NOLA with Love at the Second Harvest Food Bank with the group Flood & Disaster Outreach and local Chef Amy Sins, New Orleans Area Habitat for Humanity’s Annual Women Build for 3 Consecutive years, and the Liberty’s Kitchen Come Grow with Us Gala and Auction. She supports these organizations, but her passion is also helping the advancement and outreach to individuals with disabilities. She is a part of the Local Area Team for Special Olympics Greater New Orleans. She has been on the planning committee of NORDC Milne Basketball Classic in 2018 and 2019. Chef Lavigne had the pleasure of working with the Crew of Nyx to open their full inclusion playground dedicated to the late Nancy Parker.

In 2019 she had the privilege to mentor a Senior High School Student for a 3-month course on baking and entrepreneurship.

She has participated in Cirque de Cuisine Kitchen Tours for three consecutive years and has been a vendor at many local events like Made in Louisiana, Airline Park AAS Annual Craft Fair, and Autism Society of Greater New Orleans Annual Autism Awareness Festival.